I am dedicated to preserving and popularizing perennial and profound ideas. I would describe this genre of book as “serious novelty”—sound-bite history presented in an accessible, amusing context. The most important ideas are usually found in the words of major thinkers and authors, often buried in dense, specialized writings or in thick plots and stories that few have the time or patience to read in today’s hyperactive world. I fear the devaluation and possible loss of these seminal ideas in human thought. These books are verbal collages that meet the busy reader halfway. They are take-out gourmet food for thought. 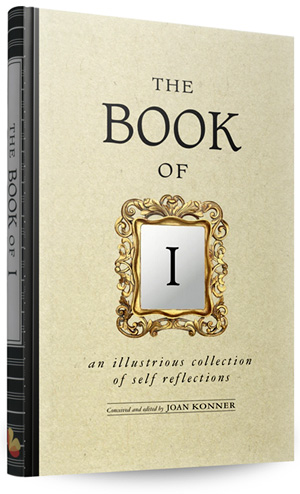 The subject of the self should need no introduction. You are who you are, someone you’ve known all your life, someone you can’t hide from, your adhesive inescapable you. But not so fast! Most of what is written deals with the self and its other names: identity, ego/id, role, persona. Everything manifest is produced through the lens of self, even if we are uncertain as to what the self is. The manifestation is often taken for the self, though there are infinite identities within, still unrealized. One thing we do know: The self is a question. Indeed, the self may be the central question with a perennial bloom of answers—in history, literature, art, religion, even in science: The observer changes the observed.

The self—what is it? How is it defined? Is there a self? And who am I? I was never able to answer these questions for myself, so I went out looking for what others had said about it. 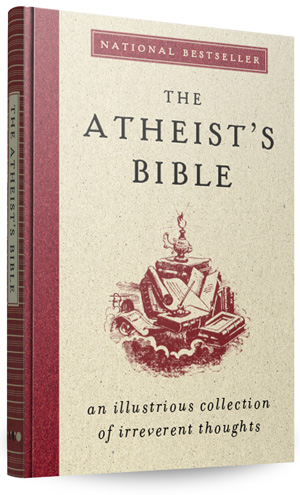 I thought of The Atheist’s Bible as a title, sitting in a bar having a drink with friends. We were talking politics, it was 2005, and we were bemoaning the erosion of the wall between church and state under the administration of George W. Bush: public funds for charitable institutions; The Ten Commandments engraved in granite and placed in front of courthouses; abortion; right to die; so many church/state issues being debated and litigated.

When the title popped into my head I thought it was a joke. I knew from history that the founding fathers had regarded this nation as a deist country, not a theist one; that is one country under an impersonal god who sat back after kick-starting the universe. There could be no established state religion. I thought of compiling all the funny things that atheists had written, but in time that morphed into collecting short takes from whatever had been documented through history about doubt, morals, reason, and god, and organizing them into a parody of sorts of the bible. The book became not only history, but journalism; that is, “reporting on an essential perennial idea,” which is a vein of interest throughout my varied reporting life.

…more about The Atheist’s Bible 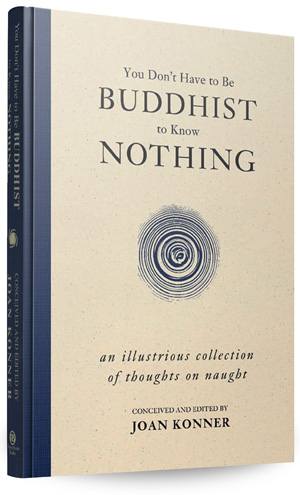 Eastern philosophy and religion had always accepted the concept of nothing as part of being and non-being. Western philosophy manifested nothing as a negative, as nothing, emptiness, pointlessness, meaninglessness—for example, the existentialism of Camus and Sartre.

To my pleasure, delight, and instruction, Western poets, artists, authors, musicians, and more have acknowledged the presence of a positive nothing in their lives. In addition, science is finding more and more evidence that there is much more nothing in the cosmos than something. Some people are beginning to take nothing seriously, other than poets, artists, writers, scientists, mathematicians, and depressives.

The starting point of everything is nothing. Hegelian, if you will: thesis, antithesis, synthesis, with the central point of something new, something creative, being nothing. Ex nihilo.

An illustrated collection of aphorisms and ideas about life, work, love and death.