The Book of I
An Illustrious Collection of Self Reflections, Lantern Books, 2012

You Don’t Have to Be Buddhist to Know Nothing
An Illustrious Collection of Thoughts on Naught, Prometheus Books, 2009

The Mystery of Love
Two-hour documentary special broadcast on PBS, 2006

Moyers: In Search of the Constitution
Moyers: God and Politics
Moyers: Report from Philadelphia
Moyers: The Secret Government
Joseph Campbell and the Power of Myth with Bill Moyers
The World of Ideas, 1987–88

Joseph Campbell and the Power of Myth with Bill Moyers
Alfred I. duPont-Columbia Award for Excellence in Broadcast Journalism

Numerous awards for individual programs in the series

The Search for Something Else, June 1976
Gold Award, International Film & TV Festival

The Moth Who Came to Dinner, March 1972
Ohio State Award

Newsday, articles and opinion columns
The New York Times, book reviews
“Moral Traditions as a Guideline for Journalists,” University of Texas
“Buying In or Selling Out? Women in Leadership Positions,”
MRothschild Lecture, Schlesinger Library, Radcliffe College
“Are Standards in Journalism Declining?” Bertelsmann Foundation
“Broadcast Journalism: What’s Left Out?” Cosmopolitan Club
“The Case for Caution: This System is Dangerously Flawed,”
MPublic Opinion Quarterly, Summer 2003
“Grown-Up Love,” O, The Oprah Magazine, February 2003
“Television’s Performance on Election Night 2000: A Report for CNN,”
Mwith James Risser and Ben Wattenberg, January 29, 2001
“Women in the Marketplace,” Vital Speeches of the Day, September 1990
“From Here to There: To Interpret for the Public,” Vital Speeches of the Day,
MFebruary 1989 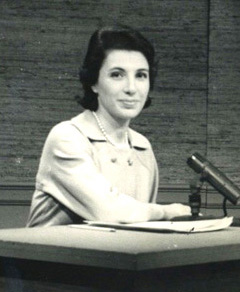 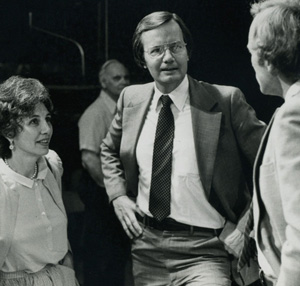 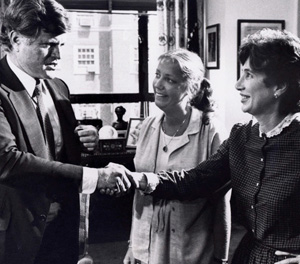